We are in
business
30 years

History of the company

History of the company 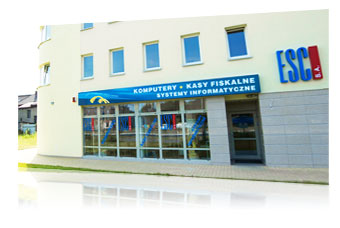 Our activity started in June 1992.

ESC S.A. company was founded in 1992 in Krakow. The first years of the company's existence represented its development, related, first of all, with the proposal of complex computerization of enterprises. The main products of the company were computer networks and enterprise management software installation.

In the following years, there was an intensification of commercial activities and the development of a sales network in Krakow. In 1997, the company had the largest network of computer equipment sales in Krakow five outlets altogether and a significant share in the total sales in the voivodeship, of about 20% according to its own estimates. 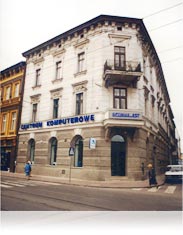 Since 1999, the strategy of the enterprise has changed fundamentally. One of the priorities became the supply of highly specialized services in the field of installation and administration of computer networks and maintenance of computer equipment at enterprises of various sizes.

The company also joined the supply and maintenance of fiscal systems sphere.  Since the beginning of 2001, the remaining founders bought out Shares from OPTIMUS S.A., thus the company withdrew from the holding structure. By the end of the year the company changed its name to ESC S.A. After 2001, the company continues its strategy, expanding the range of products through the techniques of other manufacturers and distributors, not OPTIMUS only.

Years 2002-2004 allowed the company to stabilize the financial situation and to a large extent transfer activity to the target markets, that is, to the market of small and medium-sized enterprises. Constantly expanding the range of services, the company has become a competent adviser in the field of provision of information technology to various kinds of organizations.  Since 1992 the company has received a number of certificates confirming the qualification of the team, including: NOVELL, Microsoft, 3Com, Intel, Optimus, Lexmark, D-link, Canon, CheckPoint, F-Secure, RiT, Novitus, BusLogic. 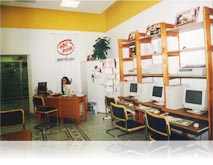 Since 2005, with the creation of the Department of Internet projects, the company has started work on a project of a modern system like CMS - a Content Management system. Continuation of work is an essential element of the company's strategy as an integrator of IT systems. The author's CMS development was named Vela. Therefore, all products of the department have Vela prefix. The VelaCMS system has gained special recognition on the local government administration market. Several dozens of administrations of cities and rural communities make a significant achievement of the company.
In 2006 the company changed its headquarters, moving to a new building in the Mieszczanska street 19 in Krakow.
In subsequent years, the department associated with Internet products, creates its own development of the e-commerce type. The following products implemented in the period 2007-2012 are: e-learning platform, Velrez resource reservation system, application for undesirable drugs   effects reporting, web interface integrated with ERP - VelaGeo premie, VelaGEO work place absences, VelaGEO contracts, VelaGEO reservation of employees, discounting platform based on e-commerce, student payment system, WEBiR - statistical data browser, VelaGOPR - incident card.
The product that significantly strengthened the company's position on the market of government and self-government was its own system for managing the Public Information Bulletin - VelaBIP
In the following years, the company focused on four main areas of activity:
In 2012-2013, a training project was implemented with the support of the EU grants. The project resulted in several dozens of industry certificates confirming the high qualifications and skills of the team.
Since 2007, the company's sales in the area of software for catering and hotel management are developing very dynamically. During the 2008-2014, ESC SA has gained a significant share in the Polish market of installations and systems for HoReCa. Since 2014, our company started nationwide expansion on the aforementioned market.

During 2007-2015 ESC SA noted significant growth in the share of the Malopolska market in the sale of fiscal equipment and devices for the automation of sales processes.